One of the most iconic harbors in the Caribbean, Port Royal is a historic port that welcomes thousands of visitors annually. The Port Authority of Jamaica has taken major steps in its planned development of a cruise terminal in Port Royal, east of Kingston, with the creation of their floating pier system called SeaWalk and single bitt mooring bollards on the land-side entryway. The floating pier system allows the port to now berth ships in the 300-year-old harbor without impacting the extremely sensitive environment. 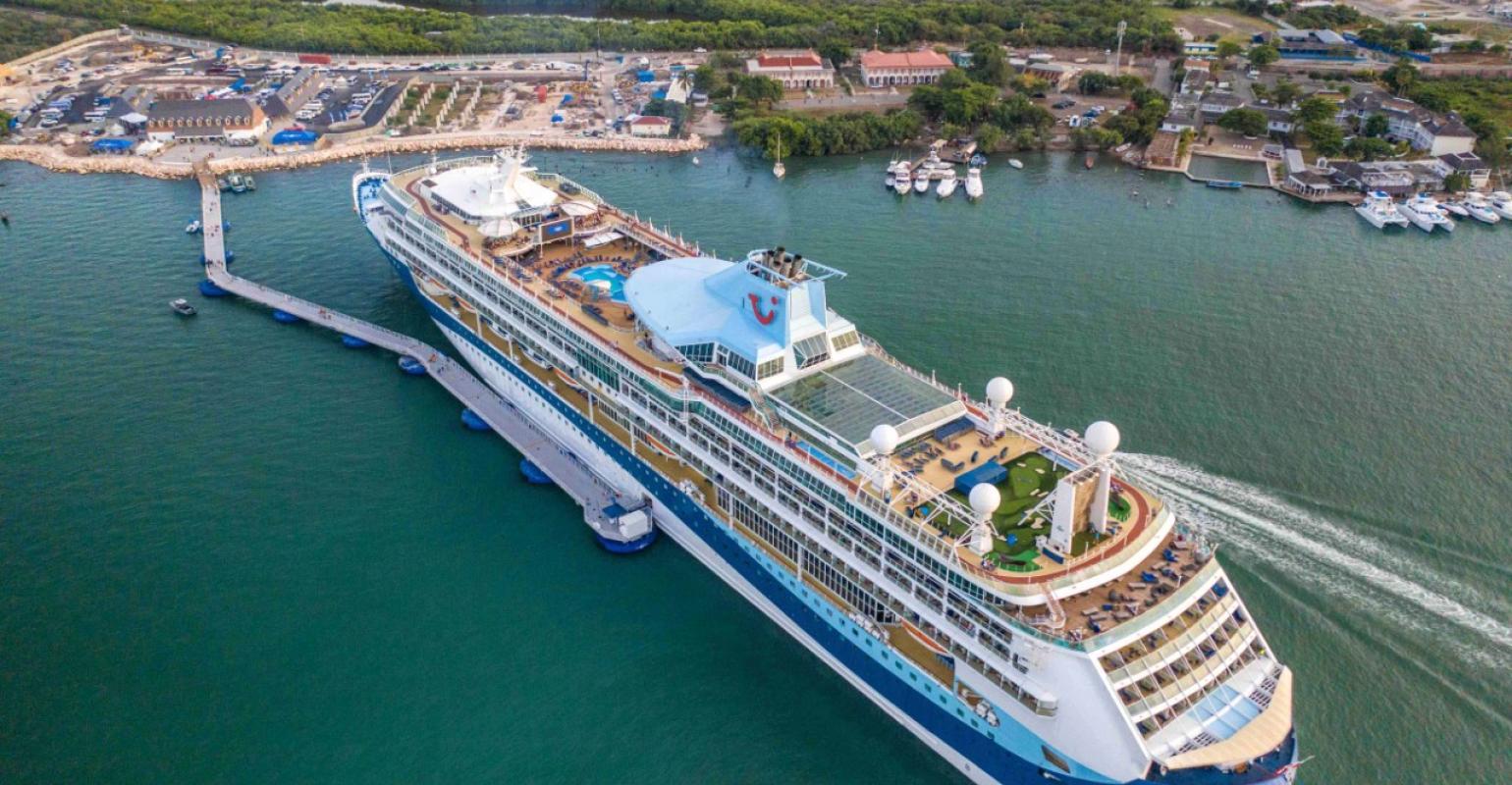 Marine Structures was contracted to provide 150 metric ton single bitt mooring bollards. The contractor needed the bollards in six weeks, so Marine Structures manufactured them at their domestic foundry to meet tight deadlines. SeaWalk is a floating articulating pier that is motorized and under electronic control, which unfolds to meet a ship that is anchored in a stationary position off the shore. The Port Authority of Jamaica touts it as “a significant milestone” in their plans to complete the development of a cruise port terminal in Port Royal in 2020. You can view the system and how it folds below.

The ecological and historical environment in Port Royal, which include a sunken city, buried artifacts and archeological assets is highly sensitive and protected. The SeaWalk technology allows the berthing of vessels in Port Royal without dredging and extensive infrastructural, which are usually required to construct a conventional berthing system. This new technology in Port Royal enables it to adhere to its environmentally conscious operational practices as well as fulfill the goal of establishing Kingston as a permanent cruise port destination.

SeaWalk costs half the price of a fixed pier and can be delivered in a short time-frame. Professor Gordon Shirley, the Port Authority of Jamaica President and CEO said, “the acquisition of the SeaWalk is a significant investment which cost approximately US$8.5 million, a fraction of the estimated US$40 million that the entire Port Royal Cruise Port development will cost, inclusive of marine and land side works.”

Located on Jamaica’s south coast, Port Royal is rich in pirate lore once known as ‘the wickedest city on earth.’ An earthquake in 1692 collapsed two-thirds of the town into the sea, forming an underwater city that is actively being investigated and preserved by the Jamaica National Heritage Trust and pursuing a UNESCO designation. Port Royal also was home to the British Navy for 200 years. With the proximity to Kingston across an expansive natural harbor and many visitor attractions there, including the National Gallery of Jamaica, Bob Marley Museum and Blue Mountain Coffee plantation tour.

Marine Structures provides domestically and foreign produced quality mooring bollards, cleats and extruded fenders to ports and marinas around the world. If your next project needs a quality solution at a great price with a tight deadline, contact us today for a quote.