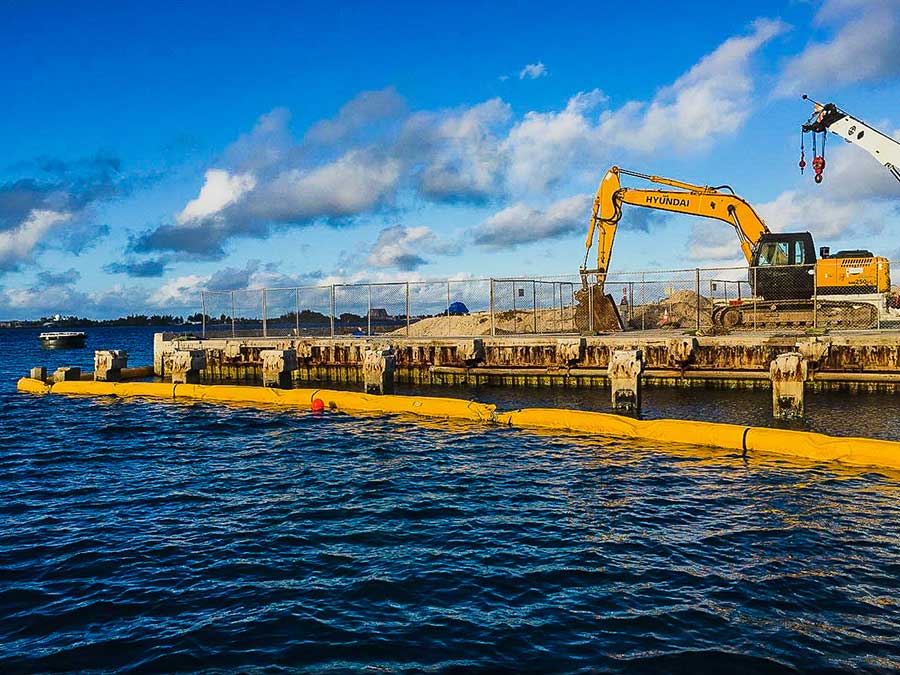 When the United States gained military control of the Marshall Islands from Japan in 1944, the U.S. gained administrative control of the islands through the United Nations as part of the Trust Treaty of the Pacific Islands following the end of World War II. We have kept a strategic relationship with the islands since. The United States houses an U.S. Army garrison on Kwajalein Atoll, which is a key component of the U.S. missile defense network. In 2017, the U.S. Army Corps of Engineers embarked on a restoration process of the Echo Pier in Kwajalein Atoll. The project awarded in the Marshall Islands was over $54 million. The estimated completion date is sometime in 2020. The project is set to repair and modernize the Echo Pier and construct two new storage facilities. New piling and decking are also slated to be installed with marine fenders, bollards, chocks and anchor rods.Marine Structures was chosen to provide single and double bitt bollards along with cleats to the restoration project. Marine Structures was excited to provide the best American made bollards to the U.S. Army Corps of Engineers and expand the world-wide footprint of where our bollards are located.

The Republic of the Marshall Islands is a sovereign nation and the U.S. and the Marshall Islands have full diplomatic relations maintaining deep ties and cooperation with each other. While their government is free to conduct its own foreign relations, it does so under the terms of an amended Compact. According to State.gov, “Eligible Marshallese citizens may work, live, and study in the United States without a visa, and serve in the U.S. military,” and the U.S. Department of Defense uses parts of their lagoon and several islands on Kwajalein Atoll.

Kwajalein is the world’s largest atoll at only 6.33 square miles, which made it attractive to American missile testers. During the mid-1980s, Kwajalein was at the center of field testing for major components of the “Star Wars” (Strategic Defense Initiative) program.

Marine Structures has provided American made maritime mooring bollards, cleats and extruded fenders to the U.S. Army, U.S. Navy and have also provided maritime products to the U.S. Coast Guard and U.S. Merchant Marine. These relationships with such honorable organizations show that you can trust working with us too.