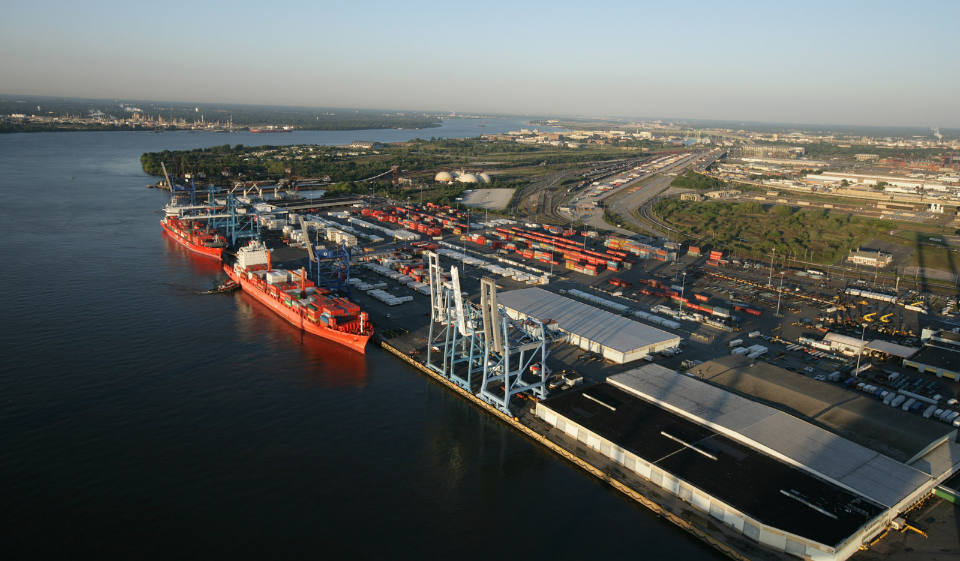 The Port of Philadelphia also known as PhilaPort recently upgraded the Packer Avenue Marine Terminal and Marine Structures was honored to supply American made marine bollards to the project. The Packer Avenue Marine Terminal is the premier container handling facility on the Delaware River and also works large volumes of automobiles, steel, and project cargoes. It is home now to five new super post panama cranes to allow for the larger ships to berth there and the terminal also boasts refrigerated and dry warehouse buildings, as part of the Commonwealth of Pennsylvania’s Capital investment program, $200 million that was invested into this terminal.

Marine Structures provided American-made Tee head mooring bollards for the terminal upgrade working closely with the marine contractor to ensure quality and delivery in a timely manner.
According to the Transport Topic news, All these improvements at the port are expected to create up to 2,000 waterfront jobs, and nearly 7,000 total jobs for truckers, rail workers, suppliers, and port-related businesses over the next decade.
“Right now, we can’t build fast enough,” said port CEO Jeff Theobald. “We have to get through this construction as quickly as possible to get those jobs going. And then move on to Phase Two. Clearly, we need more warehouse space. We’re trying to look at properties available.”
The terminal employs many highly productive and safe in-house labor crews and offers many start times to create flexibility for vessel departure and arrivals. Cargo is being moved faster, discharged faster and saves distributors time and money. These upgrades will lend to keeping those time quick and easy for cargo carriers.

Marine Structures provides quality American-made and foreign-made maritime products to marine contractors and engineers around the world. If you would like to inquire with Marine Structures about your next project, contact us here.